Go Green with a Toyota Hybrid

Toyota already has the most comprehensive line up of hybrid vehicles on the planet but the ultra- efficient Prius is leading hybrid sales. By the end of 2015 Toyota plans to introduce 15 new or redesigned hybrid vehicles globally. This includes the new Highlander hybrid that was launched this year.

With the new hybrids it shows significant advances in the battery, electric motor and the gas engine technologies. To date, Toyota Motor Corporation has sold more than six million Toyota and Lexus hybrid worldwide! Toyota hybrids have eliminated approximately 42 million fewer tons of CO2, compared to those emitted by a gasoline powered vehicle of similar size and driving performance.

Toyota will continue to reduce costs, expand product line up and raise performance!

Did you know that two out of three hybrids sold in Canada are Toyota and Lexus vehicles? 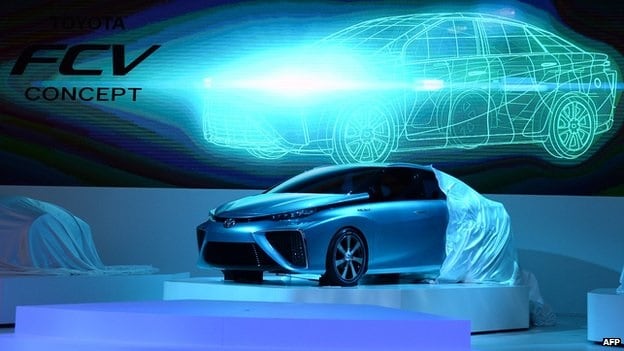 The Toyota FCV represents a major technological fuel cell achievement. Engineers were able to significantly reduce the weight and size of the fuel cell components while maintaining an impressive power output of more than 100 kW, the equivalent of 134 horsepower. A fully-fuelled vehicle could be capable of supplying enough energy to power a house for a week in an emergency. Toyota engineers are currently looking to develop an external power supply device that could be used in such a manner.